About the Increase in Japanese Tax

As many of you know, Japan’s tax rate will increase from 5% to 8% on April 1st.
I’ve heard a bit of worry from shoppers, so I thought I would take a minute to explain what’s going on, and what it means for you guys.

Basically the government likes a weak Yen and this a part of their strategy to get that.  In the short term, things will be 3% more expensive, so a dress that used to cost 24,000 yen will be 24,720 yen, a difference of about $7 at today’s exchange rate.

For shoppers, the exchange rate is going to have a much larger effect on what things will cost, and the steps being taken to weaken the yen are going to benefit foreign buyers in the long term. Even now, the rate has recovered quite a bit. Last November one Dollar was worth almost 100 Yen, today the rate is almost 103; a difference that balances the influence that the tax rate will have on buyers. Anyone who remembers buying between 2008 and 2013 I’m sure knows the horrors of 70~80 Yen to the Dollar rates and how much weight that added to prices.

The other worry I’ve heard is that brands will raise prices as a reaction to the higher tax rate. Indeed you’re going to see the tax directly influence an item’s price, but I think that there is some confusion because of the way that prices are listed in Japan. Everything in Japan is priced including the tax. This means that the price you see in a magazine is the price paid at the register. This works as the tax rate doesn’t change from place to place as it does in the US, and it also has that lovely benefit of cutting out the $249.99 silly goosery in pricing, less random one yen coins to weigh down it’s pockets.

To sum up (TLDR), the tax hike will make things a few Dollars more expensive for probably a few months, but over time will actually help make things cheaper for you.

As the majority of this post was far too serious in tone, please enjoy the following picture of adorable kittens: 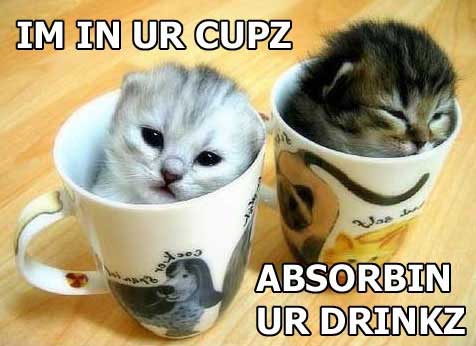