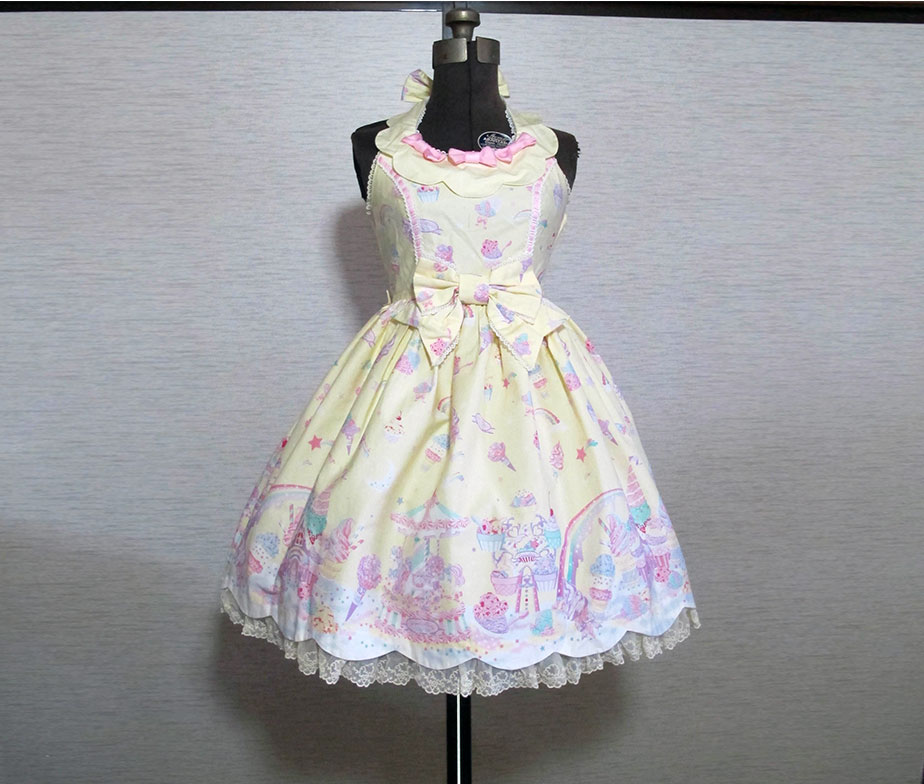 This item was bought second hand, but I can find no major flaws. It was worn lightly by me. It is is good shape for a dress released in 2010! The Milky Planet print is an icon among Angelic Pretty prints, and was so popular it was re-released. This JSK is a bit of a rare find though because it is the original first release (adorable!!) scallop JSK design, and it is in the yellow colorway, which was a colorway released only in the original release. I am a little reluctant to sell this dress, so I apologize if it suddenly disappears!

Previously owned products are inspected as thoroughly as possible.
Signs of wear are noted in the product description and photos.
Please see the FAQ for more information.