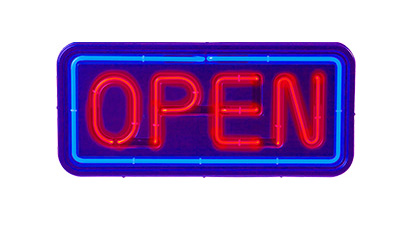 Tenshishop is back!  Many of you already noticed that the shopping request forms went back online about 48 hours ago, but this is an official notice to get the word out.  My service is back up and running and the online shop once again shipping out orders.

Lots of new prints and nifty stuff was announced while the shop/service was closed, and it is certainly starting to look like autumn in the world of shopping!  This is my favorite season for shopping and in general (except that I want to buy… everything, haha!).  I get the feeling it is going to be an  awesome season for shopping this year, too.  I am waiting for your requests, so please send them on in!  Please remember that while the general contact form was OK to use for contacting me about shopping me while the service was closed, you should not use the general contact form for requesting shopping now.  Please be sure to use the shopping forms (found under their respective shopping types) now that they are reactivated.

Notes about some of the new prints coming up:

AP Horror Night (aka the “Halloween Print”):  Pictures of this were first sneak peaked on the Angelic Pretty Tokyo Twitter feed mid August, and at the end of August more photos came out the SPOON magazine.  The bat themed accessories and cross printed organdy main pieces are super popular.  Although the full line up has not been released, there are some items I simply cannot help you with at this point.  Please contact me if you have a question about a specific item.

The Re-releases!: Just before the shop closed in August, AP announced the re-release of three incredibly popular series from this season: Dolly Cat, Luminous Sanctuary, and Castle Mirage.  These will not be made to order re-releases like they have done in the past.  Instead, they will randomly arrive in stores and online at some point in the future.  Please contact me if you have questions about any of these series and how the re-releases will work.

AP Chess Emblem: This series was first sneak peaked way back in mid July.  It was featured in KERA in August.  The colorways appear to be navy/wine, wine/ivory, brown/ivory, and a kind of blue-grey color, but it is hard to tell just from the magazine.  This series is incredibly popular, and the navy/wine colorway that the model wore is probably going to be the most widely sought after color.  For this reason, I don’t think I can help any more people with this colorway JSK or OP. If you would like to ask about other items, you know where to find me!

AP British Bear: This series was also sneak peaked mid August and then featured in SPOON (check out that cutie bear!).  Then it was also featured in the fall GLB.   From the ads it seems the colors are navy/green, white/black, and red/black(or navy).  It looks like we might be waiting til AP releases their banner to know the full line up for this series, or perhaps it will be in this month’s KERA!

In the mean time, Baby and Innocent World released major hits Stardust Fantasia (BTSSB) and Ave Maria (IW).  AP released Whip Collection, of which limited pieces are still available, the OP probably being the most difficult to obtain at this point.  Baby/AatP and Metamorphose have started the reservations for their winter outerwear, and AP is soon to follow.

Meta and AatP have really awesome Halloween prints in the works that you can look forward to as well.  AatP’s Nightmare Factory series was shown at the BTSSB Fashion Show at the Waku Waku NYC event and Meta’s Witch Forest, is featured in the new GLB.  Halloween is always and awesome time for lolitas everywhere!

Please be sure to check out the Tenshishop Facebook page for info about more new releases coming up as well.  Hopefully soon you can read about the expansion of the shopping service to include some “app markets” based in smartphone apps here in the News section as well.

It’s good to be back!  Thanks for coming back right away to shop with me, it means a lot!